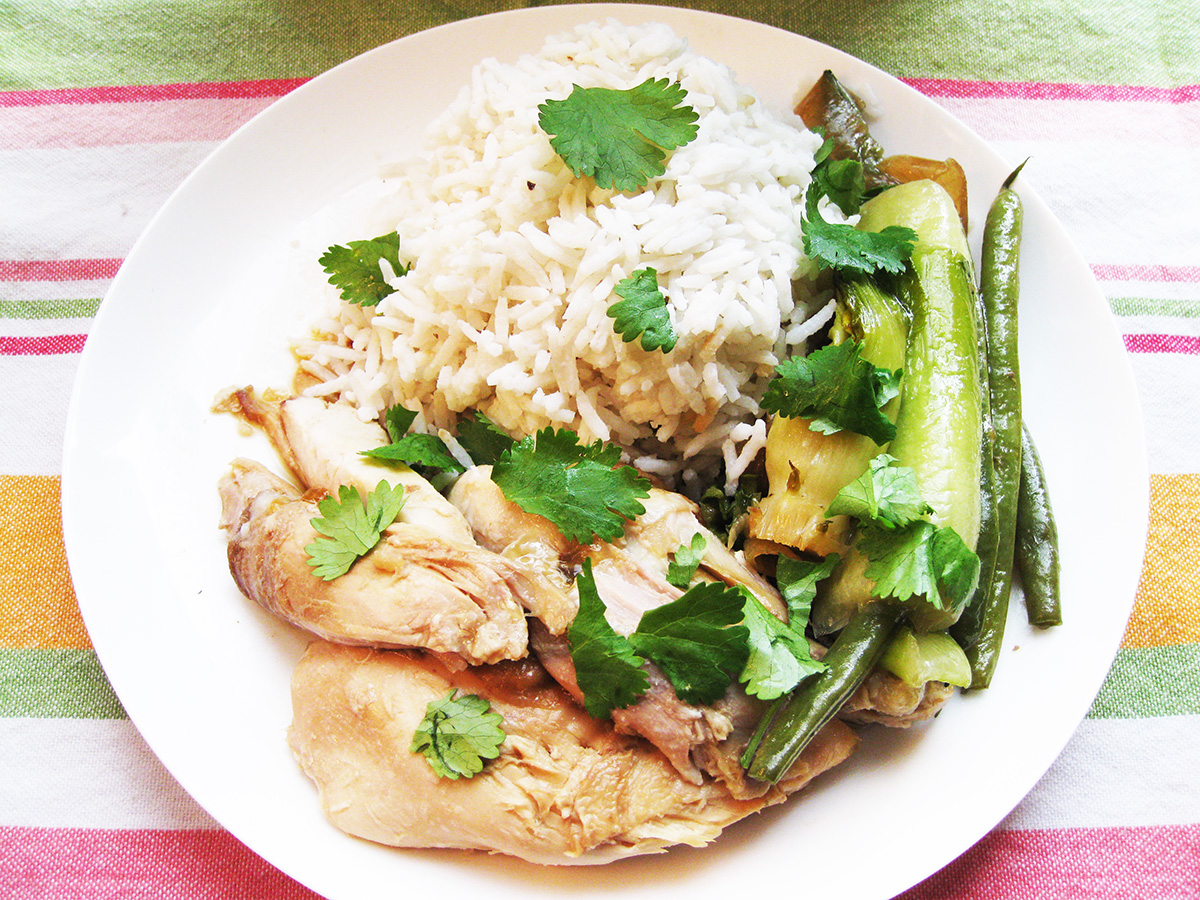 Recently I worked with Beverly le Blanc on her brilliant new book, I Love My Slow Cooker, which was published last month. She very kindly gave me one of the slow cookers she’d bought to do all the testing and didn’t need any longer (many thanks, Bev!!) so I’ve been having a lovely time trying out lots of the recipes from her book. My mother didn’t have a slow cooker, and I’d never tried one before, so it was all new to me. But oh wow, are slow cookers great!

On the back cover of I Love My Slow Cooker it says “Discover how your slow cooker can transform your life in the kitchen from a frantic, stressful time into a wonderfully calm one”. Sounds like a big claim, doesn’t it? Well I wrote that so now I need to back up my words! Trust me, though, it’s true! I work full-time and my husband stays at home (doing cartoons for The Guardian), so he collects Zoё from school and makes her evening meal for her. For me, one of the fantastic things about the slow cooker is that I can quickly put a recipe together in the cooker before I leave the house in the morning, and by dinner time it can be ready and waiting for Peter to dish up for her. It’s easy to make stews and casseroles that are healthy and full of delicious flavours, that warm Zoё up in this cold weather and give her a lovely comforting meal. The slow cooker can then keep the meal warm until I get home from work and Peter and I tuck in. Great. Truly great. But then you’ve probably heard that sort of story from lots of people…

What you probably haven’t heard is how slow cookers are wonderful for making a whole variety of dishes. Yes, of course, soups, stews and sauces. They’re great, too, for cheap cuts of meat (which you can cook for numerous hours until meltingly tender) and dried beans (which you can leave to bubble away without worrying about them going mushy). But they’re also brilliant for cooking fish. Whether you’re cooking a fish stew fairly quickly, or cooking something like squid on a low heat over several hours, you’ll find that the fish cooks perfectly and doesn’t overcook. And what’s more, the slow, gentle, steam cooking can create superb puddings, too. No need to mess about doing a bain-marie method – you can just put it in a slow cooker.

I have some firm favourites already from this book. And one of them is this Asian-Style Poached Chicken & Pak Choi. I’ve adapted the recipe slightly so that it’s completely gluten-free and dairy-free. But basically, you put a whole chicken in the slow cooker, add the Asian-style ingredients, and 4 hours later it’s bubbling away, ready to be served. I serve it with coconut rice because Zoё loves that (I do equal parts coconut milk and water and a few coriander leaves in at the end) and often add more veggies to the pot. It’s a lovely family meal but it also gets lots of oohs and aahs when people come round. 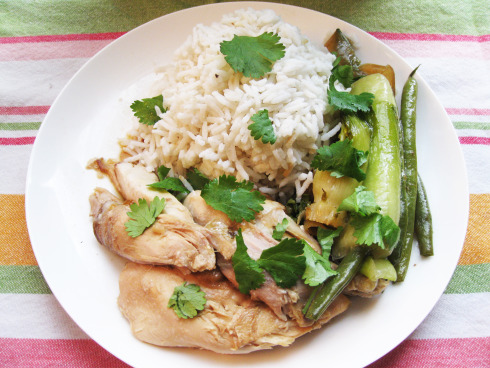