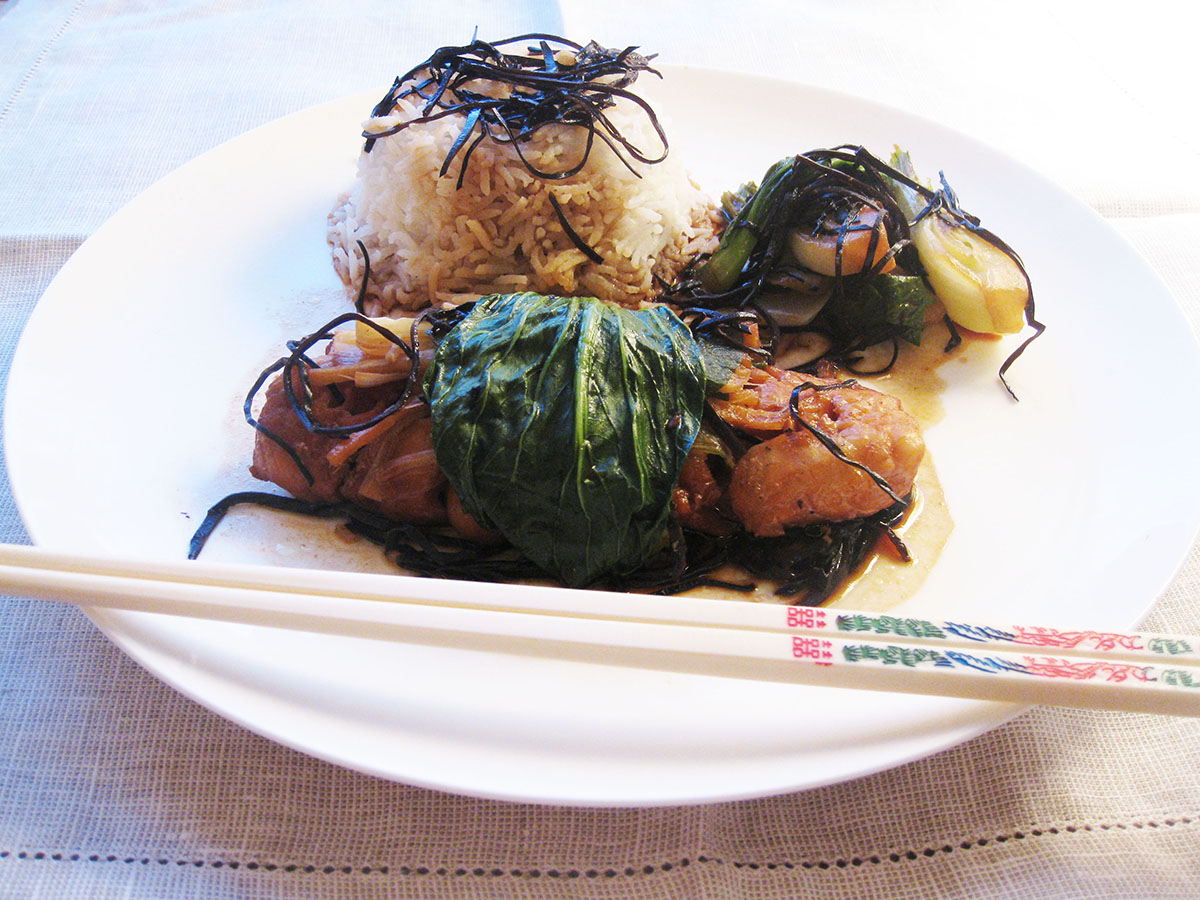 Spring onions turned up in my veg box this week and it made me think of lighter, Asian-style food. I’ve been meaning to try this idea out for a while, but it’s felt too wintery recently. But as the blossom is now in full bloom on the trees and the weather has turned warmer, I thought it would be good to try this.

Spring onions are often combined with ginger and sesame oil, and these marry wonderfully well with the subtle tastes of pak choi and white fish. I’ve used pollack because the sauce makes the fish taste delicious, and I’ve added lots of the sea vegetable, arame, to maximise the healthy aspect of this dish. Arame, like all sea veg, contains high levels of iodine, which, as well as boosting your immune system, it helps to keep your metabolism working at an optimum level.

I bought some Chinese rice wine for this dish – and it was a revelation! I’m not sure what I was expecting but, to me, it tastes rather like sherry. The recipe uses 5 tablespoons of the wine and the bottle says that the wine will only keep for a week. So there was no choice, really – we had to drink the rest. (Yep, the detox is over!) I had bought Doragon Sake – and we drank it warm as the bottle suggested, slowly over the course of a couple of days. It’s opened my eyes to a whole new world of wine! 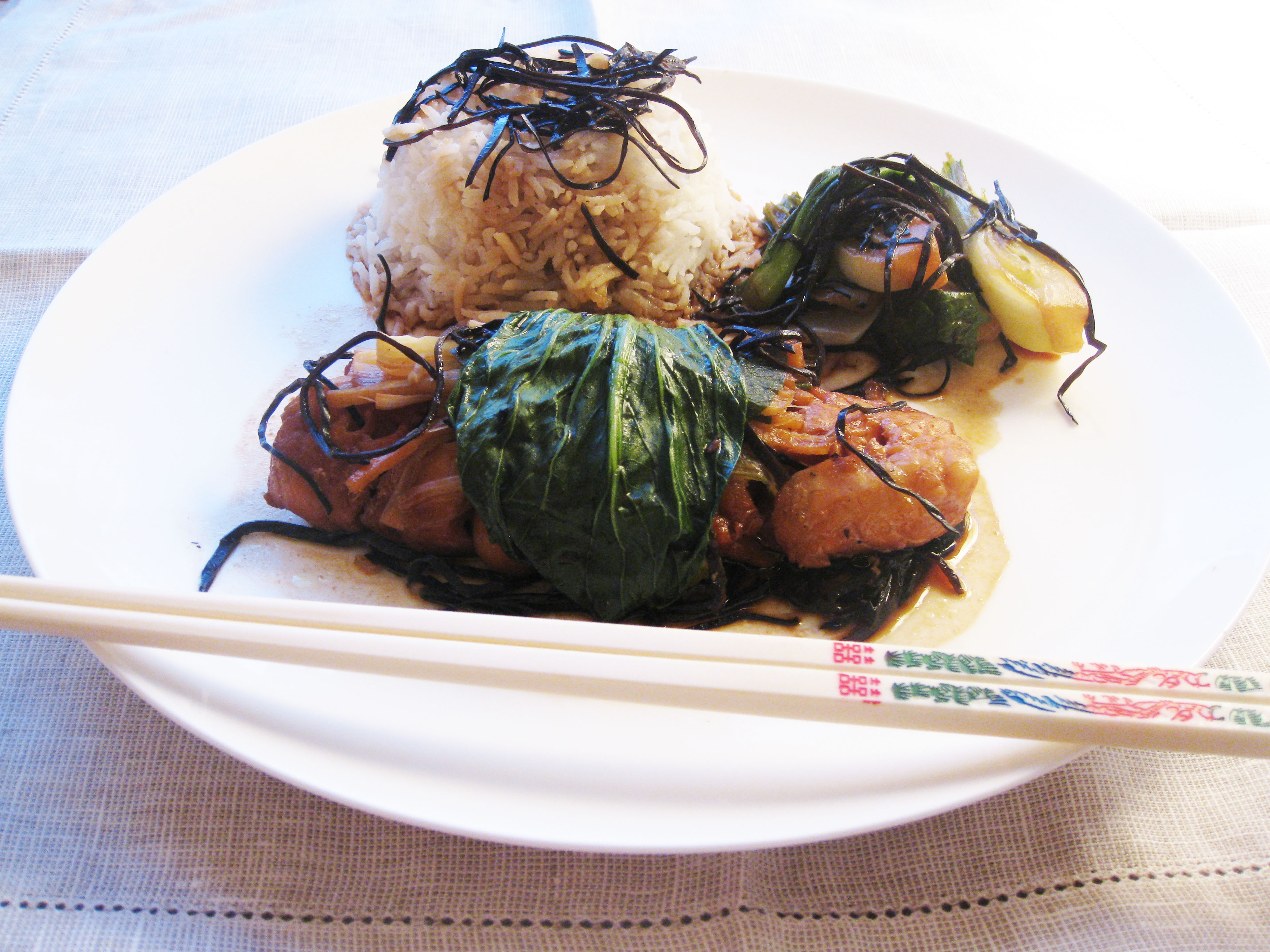